I started hiking a few years ago and soon I had the camera in hand and wanted to capture the beauty that I saw when I was out in nature.    I had a few friends state, if you ever get an opportunity to hike to Mt Washington take it!   It was mentioned once, and then a second time as random friends talk and chat and then one individual stated she was heading there this past summer and asked if I wanted to go.    Little did I know what I was in for and said YES! 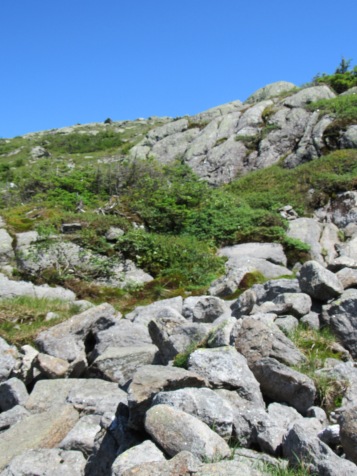 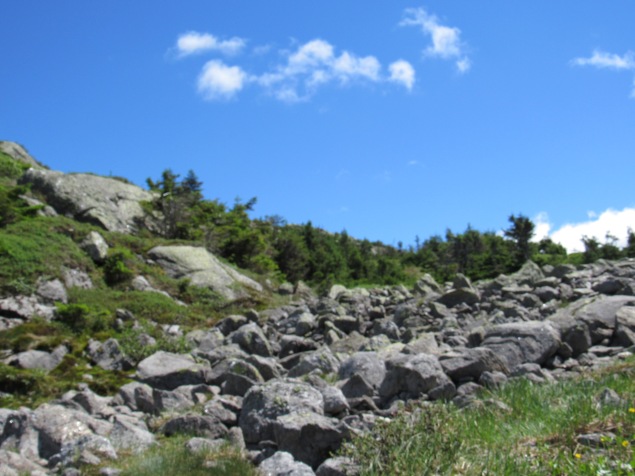 If figured I did hiking before I could handle this!    11 1/2 miles completed to get to the base of Mt Washington, with only a little less than a mile to the top I thought it would take maybe an hour.

Boy was I wrong!   Hand over hand, rock after rock and a few hours later I made it to the top!

That little speck at the top of the mountain was 6200 ft above sea level.   The skies were clear and surprisingly there was little or no wind that day – unheard of when it comes to Mt. Washington.   The stories I have heard about the wind speed on this peak were to be prepared for – but low and behold, Mt Washington knew I was coming and decided to spare me as the climb was enough of a challenge.

The day was bright and the area was filled with hikers celebrating.   There were many individuals that made the climb before sunrise and were atop the mountain to welcome the day and one their way down as we made the ascent.    I was just grateful to have experienced this site and gather in the 360 degree view.

This structure sat atop the mountain.   It was surrounded by stone and chained to the mountain as not to blow off with the massive winds they experienced up here. 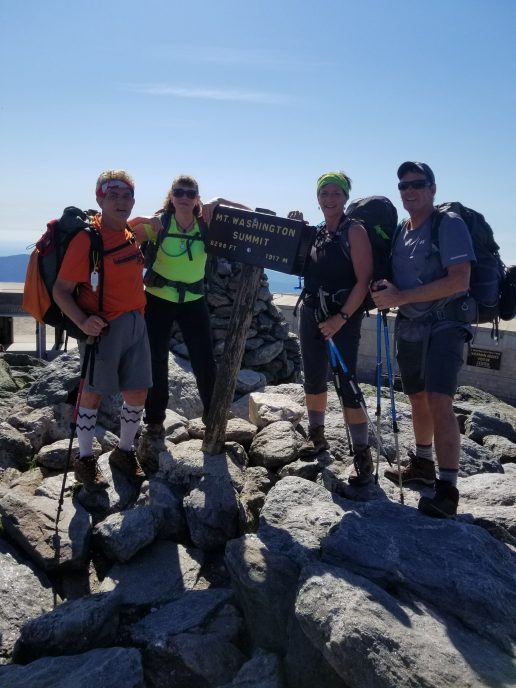 The crew that hiked with me or rather lead the way, humored me as I trailed behind them celebrated with a picture at the peak to mark the occasion.     I did it – but what goes up, must go down.

As you wandered around the peak, sounds of the cog train was far off in the distance.   In one fleeting moment, I thought of catching the train ride back down the mountain, but what fun would that be?  These pictures don’t capture the true essence of this mountain top.    It was a massive accomplishment for me as I had no idea what I was getting myself into, when I said YES to hiking Mt Washington.   I am grateful that she believed I could do it!